Brave Men of the Asura at the container

Brave Men of the Asura is a mixed media installation that sees The Container converted into a contemporary Japanese temple.

The focus of the installation is a wooden sculptural “demigod” inspired by the Hindu mythological, Hindu divine being, Asura.

The figure bears six arms and is adorned with classical-inspired Japanese tattoos that Hoshi painted a few years ago to decorate his own body.

Hence, the sculpture and Hoshi are marked with the same designs in a subversive attempt to create a self-portrait, presenting Hoshi as a figure of divinity. The temple itself, although riddled with original, accustomed, and newly built objects of strong traditional Japanese religious iconography, attempts to create a temple that is free of religious or sacred affiliations – a spiritual site and environment for personal prayer and meditation.

The video projection at the rear of the sculpture, a black and white abstract design, reminiscent of thunder or perhaps chaos, symbolizes the beginning of life, and enhances the sense of divinity and a heightened spiritual experience.

The timing of this exhibition has been designed to coincide with the high holiday season and the celebration of light and winter.

The exhibition also extends to overlap with the new year – the most important holiday in the Japanese calendar, an occasion for reflection, prayer, and time well spent with one’s family. Hoshi and his “army of helpers,” the dedicated staff at the salon who worked tirelessly to help him to create this installation, created a site of introspection but also a place for deliberation on the essence of humankind as a whole.

The title for the show, Brave Men of the Asura, is an idiom borrowed from Rigvedic poets to denote Asura as a type of lord or leader who has a fighting force under his command, similar to the paternal guiding role a father has with his sons. 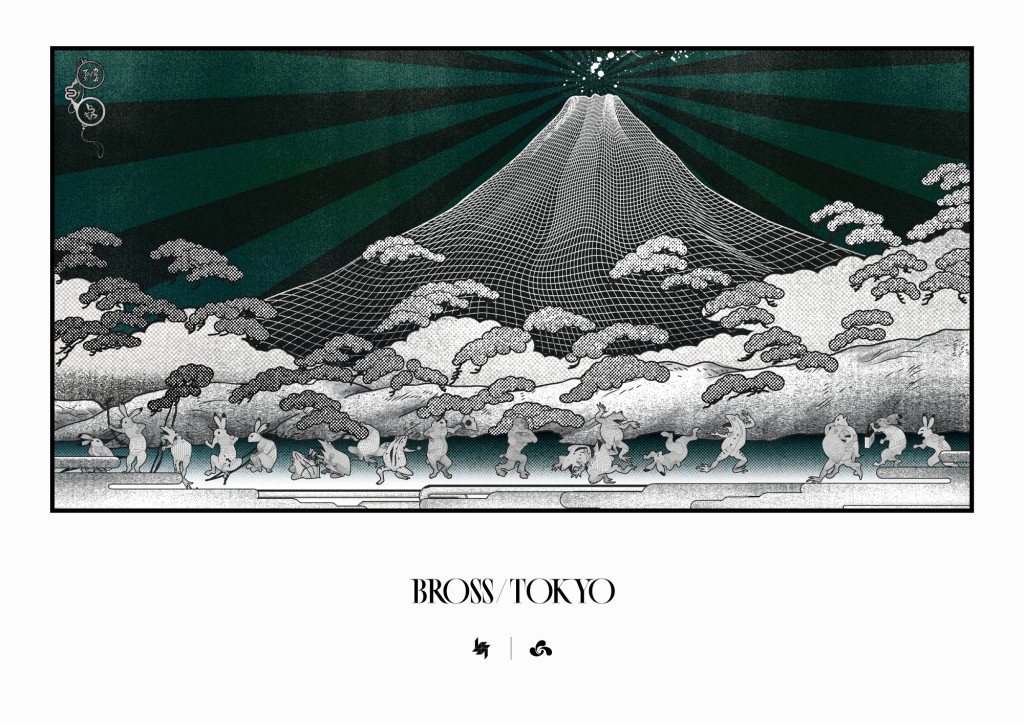